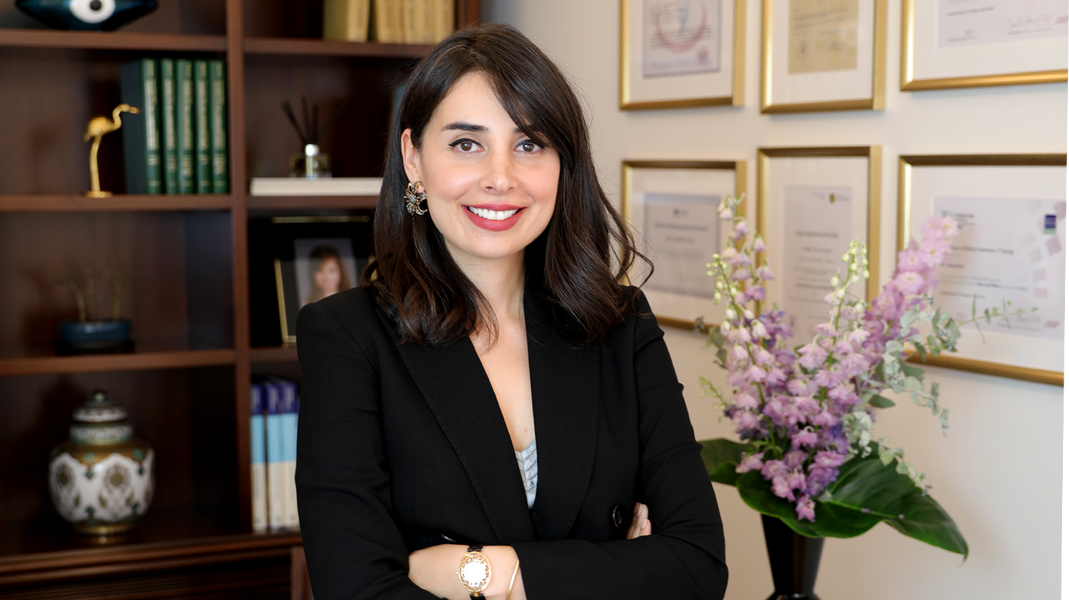 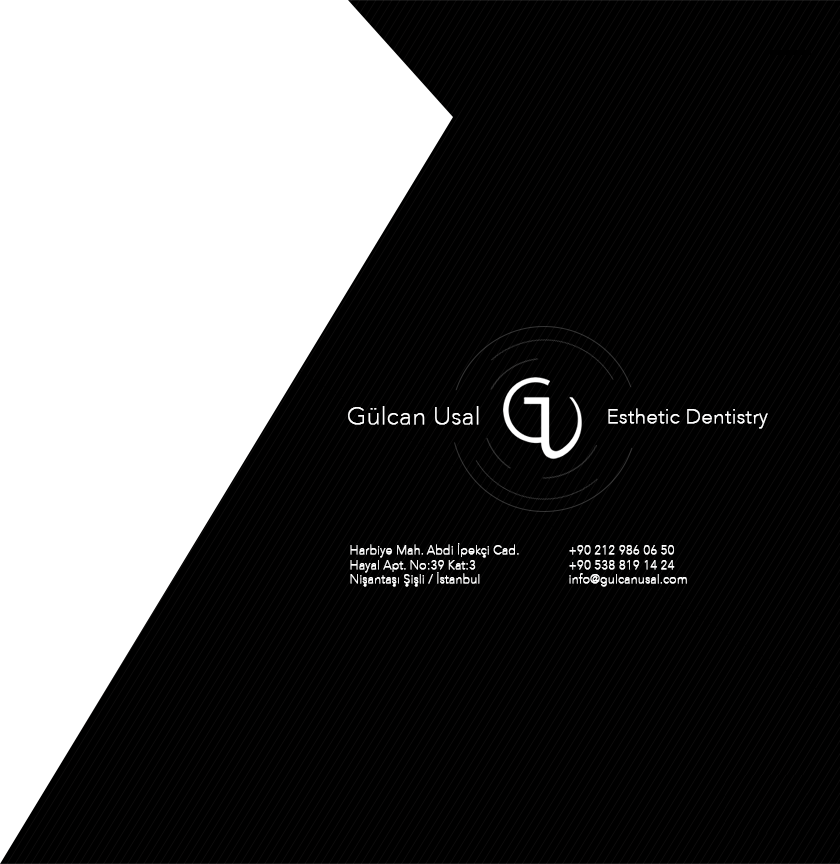 Dr. Gülcan Özçelikoğlu Usal, was born in Nurnberg, Germany.
She completed her school studies in Nurnberg and Munich.
She graduated from Leipzig University, the first and oldest Dentistry Faculty of Germany, in 2011.

She moved to her beloved city, İstanbul, in 2012, and worked firstly in the Oral and Dental Health Clinic of Acıbadem Kadıköy Hospital, and then in a private clinic in Nişantaşı.

Having attended to numerous seminars, courses, and trainings in Germany, she has been carrying on performing the German-school she was brought up in. She also holds “Botox and dermal fillings” Certificate from Knightsbridge Academy London, “Sedation Anesthesia” from IFZL (Institut für zahnärztliche Lachgassesdierung), and “Curriculum Implantology” from DGZI (Deutsche Gesellschaft für Zahnärztliche Implantologie).

Laminate Veneer is a very fine porcelain, which may be adhered only to the front surfaces of your teeth, if you are not content with the esthetic appearance of your teeth.

It may be implemented either without, or with the least tooth enamel corrosion, depending to the respective case.

If you are not content with the color of your teeth that has appeared upon cleaning your teeth from all sorts of stains, Bleaching process may be applicable. You may have your tooth color bleached from 2 to 8 tones. It is effective for 2 years, if accompanied by proper oral health care and routine controls. This process has no harm on the tooth.

We implement the Botox application esthetically in cases of gummy smile (show of too much gingival while smiling), lip asymmetry, and for removing the wrinkles around the lips.

It is also implemented as treatment-oriented in combination with transparent dental guide for tooth clenching (bruxism) complaints.

We prefer porcelain filling for teeth with greater tissue loss in order to avoid the fracture of such teeth. We may generally prepare the tooth, take digital measures (CAD/CAM), and adhere the porcelain filling a couple of hours all within the same session.

Tartar is a bacterial plaque, which arises from inadequate oral health care, and gets solidified by the Calcium in the saliva within our mouth.

Tooth surface is cleaned from tartar, and polished by the dentist by means of specialized hand tools at the scaling sessions customized to the patient.

The stains on the teeth, which are caused by external factors (such as tea, coffee, smoking, etc.), are also removed throughout this process.

Gingival diseases may arise from tartar, systemic diseases, pregnancy, smoking, or due to the medicines taken in:

–   Gingivitis  is the early stage of gingival infection, and may be cured generally by means of proper treatment and oral health care. Gingivitis is diagnosed by swollen, rash, and easily bleeding gingiva.

Composite fillings are preferred for the teeth with slight tooth tissue loss.

It may be applicable for the old fillings and tooth surfaces that are cracked, having lost their esthetics and functions, or decayed.

Both the tooth surface is prepared, and the tooth is filled in with the composite material in a single session.

Root canal treatment, which is implemented in too deep decays, or in tooth root infections, involves the removal of the nerves and veins that feed the tooth, and their replacement with the filling material.

Following this process, although the tooth remains in the mouth as it was before, however it does not feel cold or hot since it is not vital.

Dentures, which are made in cases of greater tooth tissue loss, or of missing teeth, are divided into two as being removable (moving, i.e. total denture) and irremovable (fixed, i.e. crown, bridge, etc.) dentures.

Any type of denture you would like may be implemented in consideration of your current tooth and bone structures.

Implant is either a titanium or porcelain screw, which is inserted in the jawbone in order to fill the gap(s) that arise(s) due to tooth/teeth loss. Fixed or moving Denture may be implemented thereunto.

Clenching of the Teeth (Bruxism)

This is described as one’s involuntary clenching or grinding of his/her teeth mostly while sleeping at nights, or while going through stressful times. You may not only feel pain in your cheeks, jaw joint, and also head/neck ache when you wake up in the morning, this may further lead to cracks, corrosions, and fractures in your teeth.

CAD/ CAM (Computer aided design / Computer aided manufacturing) consists of digital scanning, designing, and production. Instead of the conventional materials taking measure inside the mouth, 3D display of your teeth may be taken within seconds..

The most suitable treatment may be planned for the related patient by combining the said displays with those received from CAD/CAM.

Write us for all your questions about our treatments.